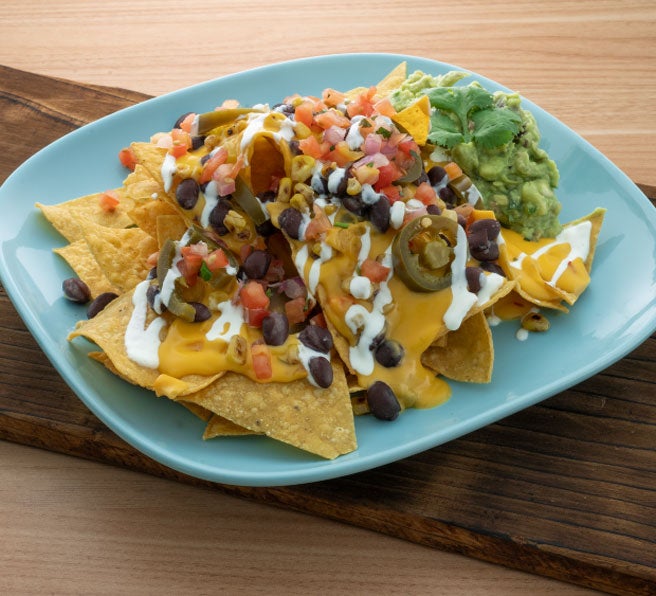 Taking a spot in the Brooklyn Taste program at Barclays Center was a bit of a homecoming for Calexico.

The Vendley brothers — Jesse, Brian and Dave — started out with a SoHo streetcart, so the tight quarters and curated menu of an arena concession stand were familiar ground.

Their original streetcart quickly became a phenomenon. In 2008, they won the annual Vendy Award for New York’s best street food. Now they have four brick-and-mortar locations in New York, in addition to their Barclays Center location.

“We were just blown away by how excited people were and the response we got from people in New York and quickly realized that this might be something a little bit bigger than what we expected,” said Dave.

Dave and Brian followed Jesse to New York from their hometown of Calexico, a border town about two hours east of San Diego. They brought a different take on Mexican classics with them, something you can taste with popular items like the Baja Fish Taco, Quesadilla and Loaded Nacho.

“The food they cook there is pretty unique because a lot of people that moved out there were farmers, like my granddad, coming from the Midwest so they brought barbecue cooking with them,” said Dave. “So it’s this kind of more heavily seasoned, almost barbecue-centric classic Mexican food.”

With the success of the streetcart — “We saved taco by taco,” said Dave — they expanded into full-service restaurants. For that, they eyed Brooklyn, starting in Red Hook. They’ve since opened in Park Slope and Greenpoint, plus the Upper East Side. Each of the locations tend to be close by where the Vendley brothers or their partner Peter Oleyer live.

“We just kind of figured out that if we opened restaurants where we lived, in neighborhoods that we like, and create a vibe that we would like, there’s a lot of people in Brooklyn that feel the same way,” said Dave. “So that’s been our guiding principle.”