A PERFECT CIRCLE WILL PERFORM AT BARCLAYS CENTER WITH SPECIAL GUEST, THE BETA MACHINE, ON THURSDAY, NOVEMBER 2

BROOKLYN – A Perfect Circle, which recently wrapped up a sold-out U.S. tour, will play Barclays Center with special guest, The Beta Machine, on Thursday, November 2.

Tickets to the show go on sale on Friday, June 23 at noon and can be purchased on Ticketmaster.com and barclayscenter.com, or by calling 800-745-3000. Tickets can also be purchased at the American Express Box Office starting Saturday, June 24 at noon (if tickets are still available).

A Perfect Circle’s spring outing, its first U.S. tour in six years, began with a three-night stand at The Pearl in Las Vegas. “It was as if they never left, both in terms of the sharpness of their performance and the contemporary relevancy of their catalog,” said the Las Vegas Review Journal in their review of opening evening. As the band worked its way through the month of U.S. dates, Keenan dubbed the outing the “get to know ya/re-get to know ya” tour, a nod to the band’s hiatus and news of its forthcoming album. A Perfect Circle headlined Welcome to Rockville, Fort Rock, and Carolina Rebellion before concluding the tour with an “enthralling” (Orange County Register), and “rapturous” (Buzzbands) sold-out debut performance at the Hollywood Bowl. 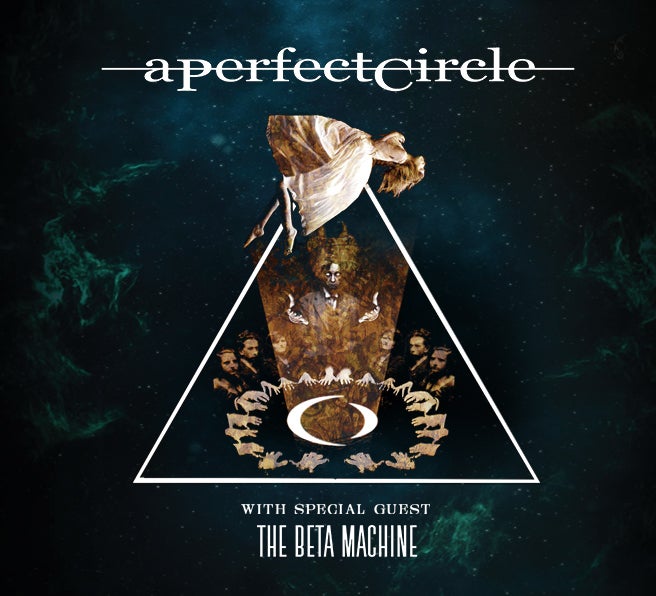 A Perfect Circle with special guest The Beta Machine is coming to Barclays Center on Thursday, November…
Info
SHARE THIS NEWS