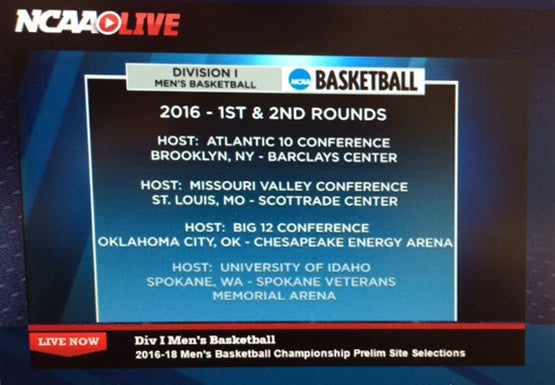 Today the NCAA Men’s Basketball Site Selection Committee announced that Barclays Center will be a host site for the first and second rounds of the NCAA Tournament in 2016. The following is a statement by Brett Yormark, CEO of Barclays Center.

“March Madness comes to Brooklyn! We are excited to host one of the world’s greatest sporting events in a venue that has become the center of college basketball on the East Coast. I would like to thank Mark Emmert, Mark Lewis, Scott Barnes, Dan Gavitt, and Andy Arnold for showing the NCAA’s commitment to Barclays Center and to Brooklyn. I also want to thank the Atlantic 10 and its Commissioner Bernadette McGlade for their partnership through this process. In just two years, Barclays Center has welcomed the most exciting and talked about events in sports and entertainment and the NCAA Tournament will be another celebrated moment for the borough.”