July will be an unprecedented month of major moments for BROOKLYN BOXING™, beginning on Thursday, July 13 when Barclays Center hosts a press conference with Floyd Mayweather and Conor McGregor ahead of their highly anticipated matchup. The press conference, which will be open to the public, will be the only time the two fighters face off in person on the East Coast.

BROOKLYN BOXING on Long Island will make its debut at the newly-renovated NYCB LIVE, home of the Nassau Veterans Memorial Coliseum, on Saturday, July 15 with a Premier Boxing Champions event featuring former world champions Omar “El Panterita” Figueroa (26-0-1, 18 KOs) and Robert “The Ghost” Guerrero (33-5-1, 18 KOs) in the main event, and five Long Island fighters on the undercard, including fan favorite Seanie Monaghan (28-0-0). This marks the first boxing event at the Coliseum since Mike Tyson headlined in 1986.

“We are thrilled to have been chosen as one of the host venues for the Mayweather vs. McGregor press tour,” said Brett Yormark, CEO of Brooklyn Sports & Entertainment. “The event kicks off a huge month for BROOKLYN BOXING that will see its expansion to Long Island and another world-class fight card in Brooklyn.”

Complementary tickets to the Mayweather vs. McGregor press conference at Barclays Center are available NOW on Ticketmaster.com. Tickets will be offered to fans on a first-come, first-served basis and will be limited to four per customer. Tickets will also be available at the American Express Box Office at Barclays Center starting Saturday, July 8 at noon (if tickets are still available). Guests MUST have a ticket to enter the venue. 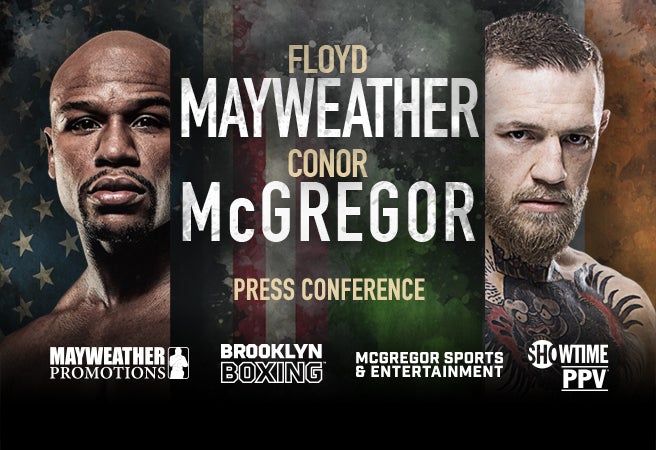 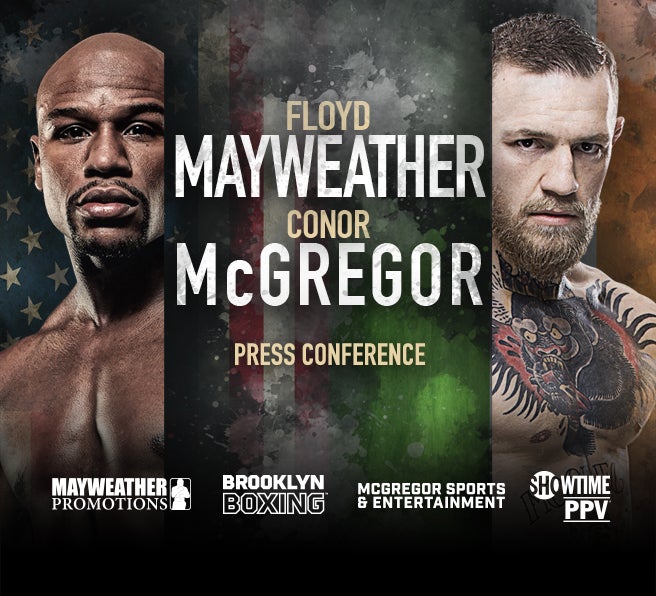 Barclays Center will be part of the Mayweather vs. McGregor World Tour on Thursday, July 13, hosting the…
Info
SHARE THIS NEWS