ODESZA TO BRING A MOMENT APART TOUR TO BARCLAYS CENTER ON FRIDAY, DECEMBER 15

BROOKLYN – Electronic music group ODESZA announced that they will close out their A MOMENT APART TOUR with a performance at Barclays Center on Friday, December 15.

Tickets to the show go on sale on Friday, June 16 at 10 a.m. and can be purchased on Ticketmaster.com and barclayscenter.com, or by calling 800-745-3000. Tickets can also be purchased at the American Express Box Office starting Saturday, June 17 at noon (if tickets are still available).

For the first time ever, Barclays Center will sell tickets that are general admission by section throughout the entire venue. Floor GA tickets will give fans access to an open floor without seats, while non-floor GA tickets will guarantee fans a spot in a particular section of seats. Seats will not be reserved so fans can move freely within their designated section.

ODESZA (Harrison Mills, Clayton Knight) is one of the most celebrated groups in electronic music, winning over fans online and at their consistently sold-out live shows. They have also announced their new 16-track album A Moment Apart will be released September 8 on Counter Records (a Ninja Tune imprint). A Moment Apart represents ODESZA’s growth, delivering a more mature sound through weighted atmospheres, shimmering synth lines and familiar feelings of nostalgia, optimism and hope. The album's featured guests include Leon Bridges, Regina Spektor, and RY X, creating an eclectic mix that showcases ODESZA's dynamic range.

Album closer “Corners Of The Earth (feat. RY X),” builds upon a chilling vocal performance by RY X through thunderous low-end and swirling synthesizers, horns and choir that grow and expand throughout the song. The track coalesces into a cinematic, emotional climax in a pure ODESZA style.

“Meridian” is a trademark ODESZA song, filled with rhythmic, pulsating drums and powerful vocals in a bed of lush synths and percussive punch. “Meridian” has a touch more grit and represents a subtle tone shift for the duo as reflected in the cover art designed by Mills and Michelle Gadeken.

Listen to both “Corners Of The Earth (feat. RY X)” and “Meridian” along with the previously released “Line Of Sight (feat. WYNNE & Mansionair)” and “Late Night” here: http://odesza.co/playlist.

For the North American leg of the world tour, ODESZA will be supported by Brooklyn based duo SOFI TUKKER, with additional support by Foreign Family Collective artists Louis Futon, Chet Porter, and Kasbo. 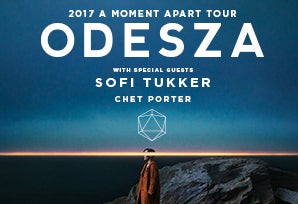 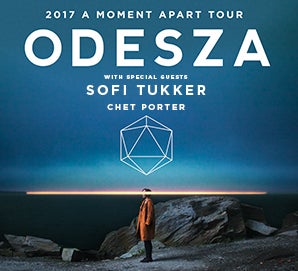 One of the most celebrated groups in electronic music, ODESZA, is bringing their World Tour to Barclays Center on Friday,…
Info
SHARE THIS NEWS