BROOKLYN (February 28, 2017) – The Ruff Ryders will return to the stage for an exclusive show at Barclays Center on Friday, April 21. DMX, Swizz Beatz, The Lox, Eve, Drag-On, and more, will make hip-hop history when they reunite to perform their biggest hits in Brooklyn.

Tickets to the event go on sale on Friday, March 3 at noon, and can be purchased at ticketmaster.com, Barclayscenter.com, or by calling 800-745-3000. Tickets can also be purchased in person at the American Express Box Office starting Saturday, March 4 at noon (if tickets are still available). 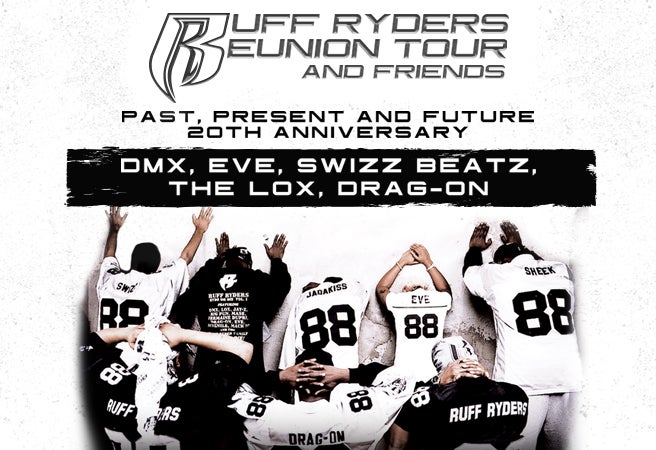 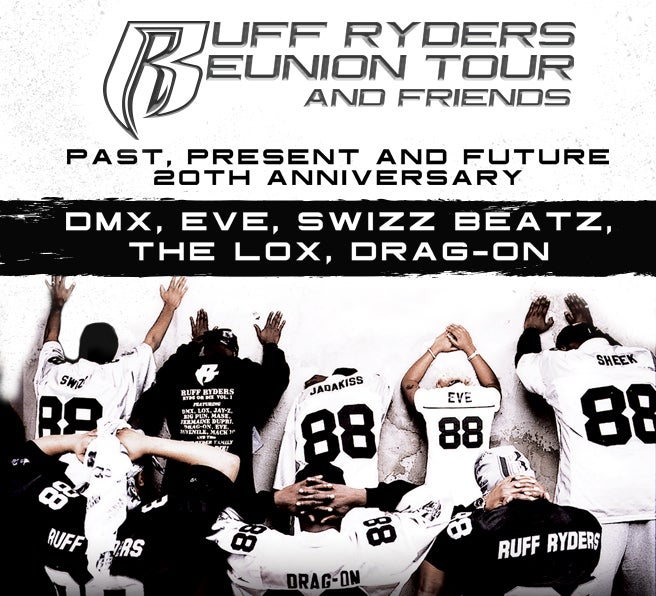 Ruff Ryders and Friends – Reunion Tour – Past, Present and Future

Ruff Ryders and Friends – Reunion Tour – Past, Present and Future

The Ruff Ryders will return to the stage in an exclusive show on Friday, April 21 at Barclays Center with Ruff Ryders and…
Info
SHARE THIS NEWS